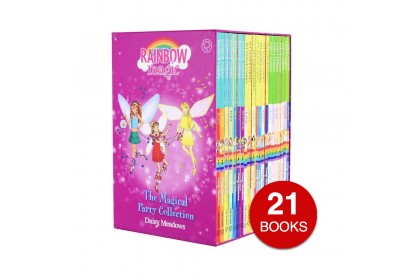 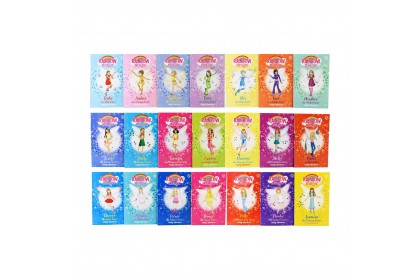 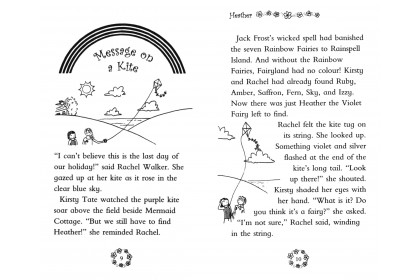 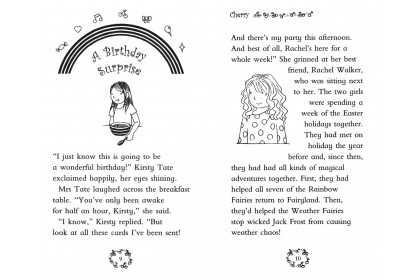 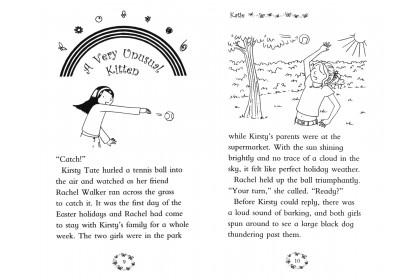 Pet Keeper Fairies series
Fairyland in uproar! Jack Frost has stolen the Pet Fairies magical pets. Without them, the Pet Fairies can't ensure that pets in the human world find the right owners. So it's vital that the Pet Fairies get their magic pets back. The pets have escaped from Jack Frost's ice castle and are roaming the human world. Rachel and Kirsty have to help Katie the Kitten Fairy, Harriet the Hamster Fairy, Georgia the Guinea Pig Fairy, Lauren the Puppy Fairy, Emma the Bunny Fairy, Penny the Pony Fairy and Molly the Goldfish Fairy - to get the pets back...before it's too late.

Party Fairies series
Join Rachel and Kirsty as they head to Fairyland for another adventure in Daisy Meadows Rainbow Magic the Party Fairies 7 book collection. Rachel and Kirsty are friends who have a magical secret; they are both friends with the Fairies of Fairyland. Join the pair on their adventures in the mystical land, meeting new fairies and of course occasionally saving the day! This set is ideal for children aged 5+, fairy lovers and fans of the Rainbow Magic series.

Rainbow Fairies series
Discover your special talent with the rainbow magic Fairies. Dance, play, draw, sing and bake with the most talented and creative fairies in fairyland!

Titles in this collection:

Reviews (0)
view all
back
0
0 reviews
People who bought this also bought..
73