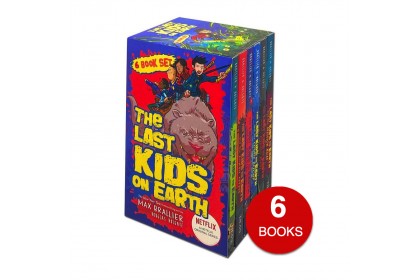 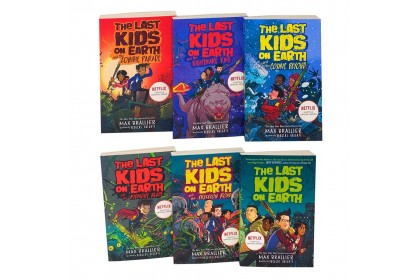 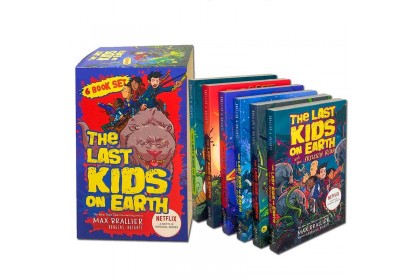 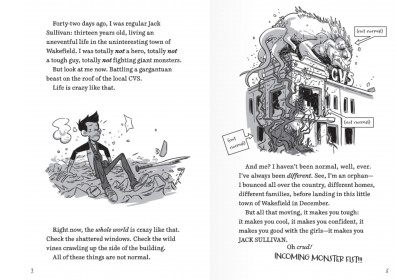 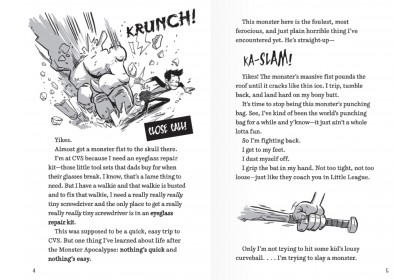 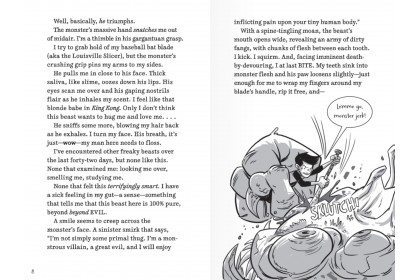 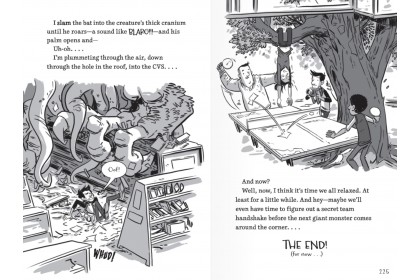 PLEASE NOTE WE ALWAYS DO OUR BEST IN WRAPPING THE BOOKS BUT THIS SLIPCASE IS JUST A FRAGILE THIN PAPER BOX AND IS VERY VULNERABLE TO TEAR / DENT DURING COURIER. WE WILL NOT COMPENSATE FOR ANY TEAR / DENT DUE TO MISHANDLING BY COURIER.

Forty-two days ago I was an ordinary kid, living an uneventful life. But now it’s TOTAL MONSTER ZOMBIE CHAOS and I’m battling beasts on a daily basis. Crazy, right? But I know exactly how to make it through the zombie apocalypse.’

Meet Jack Sullivan, self-described as a late-blooming, slow-developing 13-year-old who has so far survived the zombie apocalypse by hiding out in his treehouse. Overnight Jack’s life has become like the plot of a video game and he has come up with his own ULTIMATE FEATS OF APOCALYPTIC SUCCESS:

Jack Sullivan is back.

It’s still TOTAL MONSTER ZOMBIE CHAOS on the streets, but now Jack has a gang of friends to help him through – science genius and best friend Quint, super-strong Dirk and all-round coolest girl ever, June. Not to mention Rover, Jack’s awesome monster pet! Plus the treehouse is more souped up than ever, chockablock with defensive gizmos and ready to withstand anything that the monster apocalypse can throw at it.Which is just as well, because there’s something extra-big and extra-monstrous marching right around the corner . . .

In their third zombie-tastic adventure, Jack Sullivan and his friends June, Quint and Dirk discover that they might not be the last kids on Earth after all . . . And everyone is thrilled – except Jack. Living in a tree house with his best friends, battling monsters and escaping certain death – he's been having the most awesome time of his life. Somehow he's got to persuade his friends that life is perfect just the way it is . . . then they won't leave him.

But that's not so easy when there's a new monster hunting them. A monster who's bigger and badder than anything they've come across in the monster zombie apocalypse (AKA Very Big and Very Bad). And he seems to be able to get inside Jack's head. What does the Nightmare King want?

It's the first winter after the Monster Apocalypse. For Jack and his buddies, that means sled catapults, epic snowball battles, and one monstrous Christmas celebration. But their winter wonderland turns dark when a villainess begins hunting them. And this villainess is different - she's a human.

When the villainess steals Jack's prized monster-slaying tool, the Louisville Slicer, he vows to get it back. But it won't be easy. Jack and his friends soon discover that the Louisville Slicer is the key to a dark plan that threatens the entire world - and beyond . . .

Surviving their first winter after the Monster Apocalypse was no easy feat, yet Jack and his buddies waste no time springing to action against some of the nastiest, most evil monsters around. When Jack discovers his Louisville Slicer has new, otherworldly powers, he's thrown into epic training to find out what kind of destruction the blade can wield. But between fighting off zombies, fleeing from strange, glowy Vine-Thingies erupting from the ground, and squeezing in a video game session or two, there's barely time left to figure out what's wrong with their buddy, Dirk, who's been acting weird any time he's around the undead. When an unexpected villain appears, can Jack and his friends save themselves--and the rest of the world--from cosmic domination?

The highly-anticipated 6th book of the New York Times and USA Today bestselling series, with over 3 million copies in print!

Jack Sullivan, Quint Baker, June Del Toro, and Dirk Savage are about to have their biggest adventure yet. That’s right–it’s ROAD TRIP TIME!

Now wielding the Midnight Blade, Jack Sullivan and the gang are furiously searching for the villainous Thrull and his skeleton army. The clock is ticking: the enemy has begun constructing the Tower–a portal with the power to bring Rezzoch the Ancient, Destructor of Worlds, to our dimension. Equipped with a crucial clue discovered by June on her Wild Flight, the group does the once-unthinkable: they leave Wakefield behind and embark on an . . . EPIC ROAD TRIP! That means music blasting, kitschy roadside attractions, snacks snacks snacks, dangerous detours, and a slew of zombies and monsters at every turn. But this is no ordinary post-apocalyptic joyride. Because soon, they are pursued by a new threat: the return of a monster they thought long dead, who has taken on a terrifying new form. Jack, June, Quint, and Dirk will be lucky to make it far enough to find the answers they seek. But when the future of the world depends on it, these heroes don’t pump the brakes–they go full throttle.

Reviews (0)
view all
back
0
0 reviews
People who bought this also bought..
50